Series: The Chronicles of Eledon

After a thousand years, Lady Alexin (Alex) Dumwalt breaks the spell around Seaward Isle, a ring of storms so powerful no one could leave the island. She joins the exodus of Elves, Dwarves, and mortals to Eledon, the World of the Elves on the other side of the entry point. But Alex faces a difficult decision. Her Water Elf grandmother expects her to stay in Eledon, but Alex was born and raised as a mortal. Her mixed blood, Elf and mortal, means that she must choose between staying in Eledon or following the other mortals who will soon leave for the mortal world through a special entry point created for them. What will she do?

MY TAKE ON SPELL BREAKER:

A crisp, clean, straight-forward story; a rich, strong plot; a mind-blowing concept on the lines of parallel worlds; a head-strong protagonist – gave me one of the most fascinating read which I enjoyed thoroughly. My expectations, after seeing the cover of the book, weren’t too high. So, I was taken by a pleasant surprise when the story bound me with its twists and turns till the very end.

For me the plot was the most impressive. The story is based in a world which, I believe, is on a parallel dimension. The island where the protagonist lives has been surrounded by storm for a thousand years. People living on the Earth are thrown on this island, by the storm. Interestingly most of these come from different time frames. Once landed, they cannot go back. Those who try are killed by the storm barrier.

Alexin breaks the spell, thus helping the residents of the island to leave it and journey towards Eledon – the kingdom of elves. Reaching there, Alex gets involved in series of missions. As she goes through her life in Eledon, she finds herself in dilemma – to remain in the world of elves or return to the mortal world.

Characters drawn were appropriate to the story. The supporting casts were drawn with an objective of helping the protagonist in her adventures. Even though they had short roles to play, the characters were quite likable.

However, on the whole, I felt that the main character wasn’t given much depth. As a reader, I felt that it would have been better if I could know more of her emotions and thoughts.

But even with this wishful thinking, I do understand the reason behind not doing so. Firstly, the point of view in which the whole book was written prevented in providing details of what could be going in the character’s mind. Secondly, the author had casted Alex as a soldier.  Displaying emotions on her face or delving too much in one’s thoughts doesn’t work as a personality trait for a good soldier . Alex was trained to do the task, not question it or ponder over it.

Throughout the story the focus was on the protagonist. The story just evolved around her. It was completely about her actions, consequences of her actions, her situation, and her missions. Except few, most of the scenes were related to Alex even if she wasn’t present in them. It felt different because as a reader, I couldn’t form opinions about any other character. Believe me, I totally liked this aspect for a change. Alex was actually the soul of the book.

The story-line was very eventful. Events occurring in the book were quite compelling. In the whole book, there were series of continuous events. Alex comes from one mission and immediately she is assigned another. Sometimes she has to travel, sometimes she has to track – I mean she was on the move regularly. It was so exciting for me as a reader.

The world-building was simple but distinct. Small but unique elements like magical entry-points, people belonging to different time frames, satellite signals, use of electronic devices in the fantasy world bewitched me completely.

The choice made by Alex and the place where she eventually lands couldn’t have been better. The ending was absolute.

As such there was nothing which I can majorly talk about as a shortcoming except one small part. I couldn’t apprehend the stand taken by the mortals living in Seaward Isle at the end of the book. That particular issue was dealt in a vague manner leaving me confused.

One who loves to read unique, simple tales with quirky little pieces – go for this book

Add it to your TBR in GOODREADS 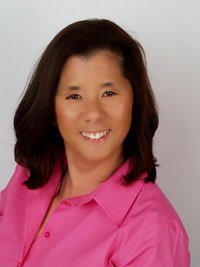 Joni was born in Chicago, but graduated high school in Arizona, joined the Navy for three years, and completed her bachelor’s and master’s degree at the University of West Florida in Pensacola, Florida. She returned to the Navy and retired in 1998 with 22 years of active duty service. After her husband passed away, she went back to work for seven years and retired for a second time. She now lives in Tucson, Arizona.